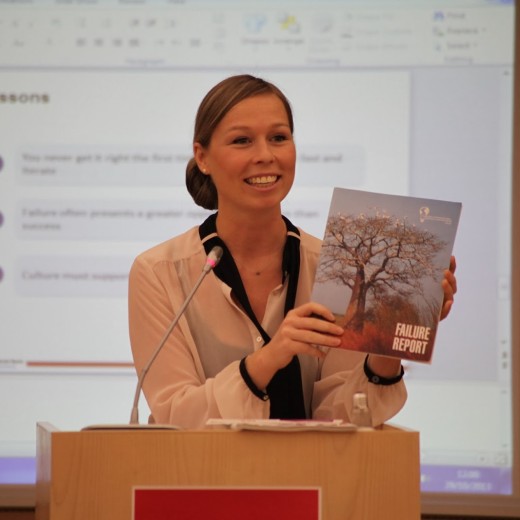 The Skill of Failing Intelligently

Before Colonel Chris Hadfield left earth he and his team “spent years and years visualizing failure”. That doesn’t mean they sat around worrying about all the things that could possibly go wrong. Rather, they examined all the pieces that would get them into space and sustain them on the space station and asked themselves “Okay, if this fails, what are we going to do?”

Hadfield is on to something. We hear a lot about visualizing success and certainly, all of our education is focused on teaching us how to succeed. We study it, emulate successful role models, and invest in the tools and processes that promise it. In contrast, all we’re taught about failure is to avoid it at all costs. It should come as no surprise that we react poorly when it happens; it’s a skill we’re never taught, let alone mastered.

So how do we learn how to fail better?
How do we build this practice into our day-to-day lives as Hadfield and his team did?
How do we prepare for the times when our ideas, plans and projects go sideways?

Visualize failure. Marilyn Darling once told me, “We over-emphasize learning from a past event and totally under-emphasize the importance of learning through current events.” Visualizing failure, or as Darling calls it, “before action reviews” means taking the time to imagine all the ways a project could go wrong before you start while also scheduling time for regular reflections to assess how things are going and what improvements are needed. Hadfield says the reason to do this is “So when you get there and things fail, as they always do, it isn’t something that takes you to the end of your rope, you feel composed and optimistic about things.”

Be curious. Benjamin Zander has a great video where he talks about how our body tends to pull down in times of failure. He suggests countering that by throwing your arms up in the air and yelling “How fascinating!” as a kind of celebration of how much we can learn from our failures. Being curious about or even fascinated by our missteps allows us to get beyond our instinctive negative reactions and seek out the powerful learning that hides in the shadows.

Write a failure report. Every year, alongside their annual report, Engineers Without Borders Canada (EWB) publishes a Failure Report. People from every corner of the organization take the time to reflect on and write up the story of something they failed at. The reports include stories from the University of Saskatchewan chapter brewing too much coffee at a fair trade coffee promotion to EWB’s leadership poorly managing cash flow and revenue projections leading to financial troubles.

The point isn’t to celebrate the failure, it is to create a culture where speaking openly about failures is expected all year round, not just once a year when the report is published. Another version of this activity is what Saralyn Hodgkin calls “constructive reflection”. Every couple of days Hodgkin goes back over her activities and documents any insights and tensions those activities brought out. “It has changed my relationship to failure. I am quicker to detect where I might be going astray and am ready to deal with it.”

It’s important to note that failing intelligently is a skill and like any skill, it requires practice to get better at it. Don’t worry if the shift in how you view and react to failure doesn’t change overnight. I’ve been a full-time failure for years - thinking, learning and designing practices for intelligent failure all day every day - and I still catch myself reacting dysfunctionally and defensively when I fail. The point is to recognize when it happens and think of how you want to react next time. After all, you’ve spent your whole life learning all the things you need to help you succeed; it’s going to take time to learn how to fail intelligently.

More from Ashley Good
Ashley Good is the CEO and Founder of Fail Forward, which supports organizations to learn, innovate and build resilience. On July 9th, 2014 in Toronto she will host Fail Forward 2014, a full day conference of thought-provoking ideas, useful tools and practices, and truly novel experiences to help us redefine our relationship with failure.