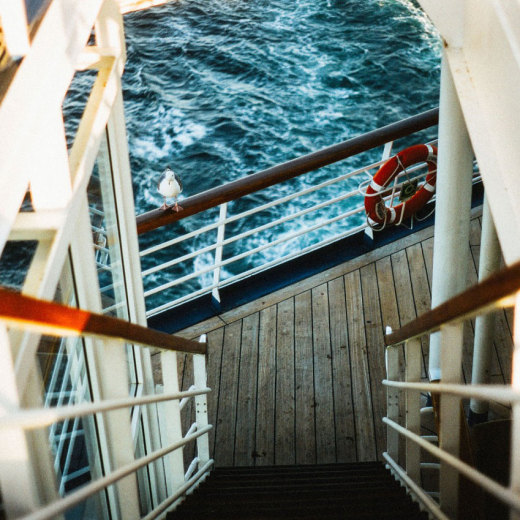 This article was originally published on TIME.com.

Are you one of those people who can perform well under pressure, blocking out anxiety burdensome thoughts of failure—or do you tend to seize up just when you need to perform your best, so crippled by fear and consumed by the consequences of doing poorly that you fall far short of what you know you can achieve?

Choking under pressure is a familiar phenomenon for most of us—who hasn’t occasionally been paralyzed by fear and failure when faced with a seemingly impossible task? But as researchers report in Science, some are more affected by performance anxiety than others. And to test a relatively simple way to release that worry and anxiety, scientists at the University of Chicago turned to an undeniably angst-ridden situation that nearly all of us can understand—taking a test.

Building on earlier evidence that linked expressive writing exercises to a reduction in stress following a traumatic or emotionally scarring event, as well as studies that suggested that depressed individuals were able to spend less time ruminating with melancholy thoughts after putting their feelings on paper, psychologist Sian Beilock decided to investigate whether writing could help anxious students to relieve their stress immediately before an exam.

In a series of four separate studies, both in the lab and in the classroom, Beilock and her colleague showed that giving students the opportunity to write freely about their fears and anxieties about the upcoming test helped them to score better on the exam than those who were not given the writing exercise. In the first experiments, which took place in the lab, the scientists asked a group of college students to take a math test twice; before the first test, the subjects were instructed to simply do their best, but before the second exam, they were told their results would be used to determine a monetary reward, and that their ranking was tied to that of a teammate’s who had already scored well. Half of the volunteers in the second experiment were also given 10 minutes to write about their worries concerning the pending test, while the other half sat quietly, worrying. The worrying group suffered a 12% drop in their accuracy on the exam, while the writing group improved their scores by 5%.

Fine, thought the scientists, but was it the exercise of writing itself—the physical act of putting words on paper could be a stress releaser—or was it the content of the essays that helped half of the study subjects? After all, some researcher suggests that harping on a source of fear or anxiety only makes it worse, not better. To find out, in the next experiment, half of the volunteers who wrote before the test were instructed to express their fears about the exam, while the other half were told to write about anything but the test they were about to take. The same pattern emerged—the control subjects and those that wrote about unrelated topics showed a 7% drop in accuracy between their two exams, while those who wrote about their worries improved by 4%.

The simple act of writing about their anxiety helped these students to relieve that same anxiety prior to taking a test.

The researchers then put their simple anxiety-releaser to the ultimate test—in a classroom. Not only did writing about their test-taking fears and anxiety improve scores among a group of ninth-grade biology students sitting for their first high school final exam, but the exercise helped particularly anxious “chokers” to perform at the same level as those who were more comfortable taking tests. In other words, the simple act of writing about their anxiety helped these students to relieve that same anxiety prior to taking a test. Among these nervous students, those who wrote prior to their exam received a B+ average on their test, while their similarly anxiety-prone friends who did not write averaged a B-.

The benefits of writing, she speculates in the paper, might be related to the fact that when you worry, anxious thoughts occupy the working memory of the brain, thus crowding out other thoughts or knowledge relevant to the pressure-packed task at hand. Writing about the fear provides an outlet for these nerve-wracking thoughts, freeing up the working memory to concentrate on other things. (More on Time.com: Who’s Stressed in America? The Answer May Surprise You)

So is essay-writing the magic bullet for test-choking students? Perhaps. In a release describing the results, Bielock notes

“We think this type of writing will help people perform their best in a variety of pressure-filled situations—whether it is a big presentation to a client, a speech to an audience or even a job interview,” she says in a release describing the study.”

Who knew that a good way to calm nerves is to simply take pen to paper and vent?

More from TIME Magazine
The 91-year old publication covers topics from health to politics to culture.