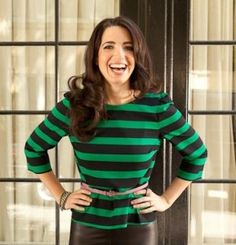 Feel Like A Failure? Here’s Why That’s A Good Thing

“Feeling like a failure is a natural part of becoming a success.”

It’s #FailureFriday! We’re dedicating the end of the week to reframing our thoughts on failure. Today’s post contains excerpts from Marie Forleo who shares her favorite stories of failure.

My favorite line from Russell Simmons [is] (and I’m paraphrasing), “Many of my biggest business endeavors were failures before they became a success. Some failed for as long as six years before they hit.  Everyone around me thought I was crazy. You just have to stay at it.”

Interesting, right?  Loads of business “failures” coming from an entrepreneur with a multi-passionate net worth of an estimated $340 million.

I didn’t know that much about him before meeting him, but let me tell you, this guy is friggin’
s-i-c-k.

While I was holding playing cards in my hands he managed to make them jump, tear, flip and completely transform.   Talk about jaw-dropping. After hanging out with him, I became mildly obsessed and went online to watch everything I could about his other high-profile feats.

Turns out, David gave an amazing TED talk about his many attempts to break the world’s record for holding his breath underwater.

He did some pretty crazy and outrageous shit to get there.  And, a lot of his failed attempts were very public.

Like to the tune of millions and millions of people around the world watching him fail to before he finally succeeded with a mind-blowing time of 17 minutes and 4.4 seconds.

Despite all the public disappointment, criticism and embarrassment, Blaine stuck to it.

He kept changing his strategy and eventually, achieved his goal.  He continues to be one of the most legendary illusionists and endurance artists of our time.

So what’s the point here?

Anyone who accomplishes great things in business and life is bound to “fail” along the way.

Feeling like a failure is a natural part of becoming a success. It’s actually a good thing and means you’re taking action and putting yourself out there.

Which is WAY more than most critics and naysayers have the balls to do.

I’ll be the first to admit I feel like a failure.  Often.

You’d be shocked and likely want to shake me silly if you knew how much money and time I’ve wasted on “information products” and “business systems” that didn’t work.

And then there’s all the cash, time and energy I’ve burned hiring programmers, expensive virtual assistants and designers for projects that never saw the light of day!

Of course, I learned something from each experience so in a very real sense, they did work.  But at the same time, they could accurately be considered “failures” too.

The bottom line is this.

Legendary success in any field requires a shit ton of stick-to-it-ness.

When you know you’re meant to birth an idea into existence, take it from Russell, David, Frank and yours truly:  feeling like a failure often means you’re moments away from your biggest success.