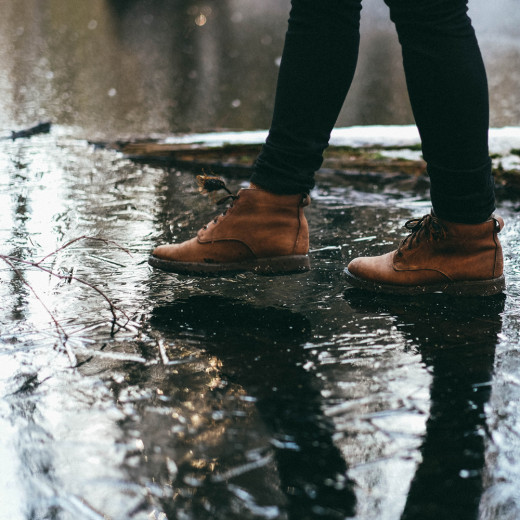 Don’t Take a Vote on Your Happiness

“Life happened because I turned the pages”

“Surprise!” “Happy Birthday to you!”

My coworkers at my corporate sales job in Washington, DC had surprised me with cake, ice cream, cards and a vegetable tray (because I was trying to lose weight.) They were so thoughtful! This was Tuesday, March 13, 2013. On Friday (my actual birthday), during my six-month performance review, this “thoughtful” company fired me.

Reflecting two years later, this was the best thing that ever happened to me. It taught me humility, the necessity of taking risks and most importantly, that:

There’s no need to take a committee vote on decisions pertaining to my happiness.

I spent the next month trying to get unemployment and googling, “How to explain you’ve been fired in a job interview?” I desperately wanted to leave D.C. I had wanted to move to L.A. after graduation to work in TV and film production, but a former mentor reiterated that I didn’t have a job, car or a plan. I was to wait, send out resumes and move only if and when I was hired.

I obliged. Feeling defeated, I got a retail job for three months until a family friend assisted me in getting the corporate sales job. I accepted, knowing in my heart I still wanted to be in L.A. However, the corporate job, with a salary and health benefits made my parents proud.

Though I was unhappy, I was excellent at my job schmoozing concert goers into paying for premium, VIP seats. I thought I was doing so well that I wasn’t as punctual as I could be. I also briefly dozed off during one of our staff meetings.

After being reprimanded by one of the company executives, I tried my hardest to get back in everyone’s good graces. I sought out additional training and strived to make the best of the situation.

A month later, I thought I had redeemed myself. To learn I was being terminated was devastating. I was embarrassed to tell family and friends, and I didn’t want to go back to working in retail. I was ready for a clean slate and to fulfill my dream of working in production in sunny California.

I knew if I told my parents and friends that I was moving, they would discourage me. There was a quote in O Magazine that hung on my wall: “Life happened because I turned the pages.” I prayed about it and God told me to go. I didn’t take a committee vote; I didn’t tell my parents or many friends.

It was time for this chapter of my life to end so I could move forward.

I brought a one-way ticket to L.A. a few weeks later. I had sold my clothes and furniture on Craigslist and when I got off the plane, I stayed at a hotel until I finally called an uncle that had always been supportive and said, “I’m here!” He said, “Where?”

“I’m in Los Angeles!” While my uncle let me crash in his basement, I immediately began sending out resumes and looking for a job. Three weeks later, I was blessed with a dream opportunity in TV production as a project manager for a director.

And guess what? This boss didn’t care about the sales job. My collegiate internships, summer production gigs and passion for my field were enough to get me hired. Once my six-month contract as a Project Manager came to an end, all of my subsequent work has been based off referrals and relationships. L.A. has truly been a clean slate, but I would have never known what opportunities were waiting for me had I not taken the risk and moved.

Being fired was truly the push I needed to stop listening to the opinions of others who doubted that I could find success without a specific plan already in place. As I approach my two-year anniversary in L.A., I’ve learned that in life you have to show up and believe that things will work out. If a job, a relationship or where you’re living doesn’t make you happy, it’s time to go!

Even if I had failed miserably in LA and had to move back home to New Orleans, at least I would have known that I tried. I felt more like a failure listening to the assumptions of others that I couldn’t survive in L.A. I’m happy that I’ve since proved them wrong. While it’s great to get advice and opinions from others, sometimes you have to risk failure to succeed!

You can learn more about Zon on her entertainment magazine AimerAmour Magazine and by following her on Twitter or Instagram @AimerAmourMag.

More from Zon D’Amour
Zon D’Amour is the Founder/Editor-In-Chief of AimerAmour Magazine, an online resource for young professionals interested in the business aspects of the entertainment industry. D’Amour is an alumna of Howard University and has also worked with NBC, VH1, Atlantic Records and TVOne.