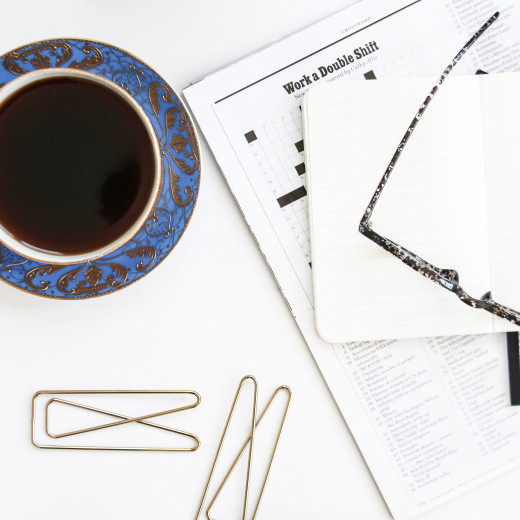 What Does Working Longer Hours Really Get Us?

Less may be more

Over the past several decades, the ideal American work schedule was 9 to 5, Monday through Friday. People would go into their offices for 40 hours a week, take two weeks of vacation, and that was it. Now, 40 is not the standard number of hours that employees work.

These days, the average workweek is about 47 hours, according to the latest Gallup poll. But one in five people reports logging more than 60 hours, and some even pass 80 hours a week. On the lower end of the scale, entrepreneur Chris Winfield says that he only clocks 16.7 hours over seven days of the week, while Tim Ferris is famous for his four-hour workweek methods.

What what’s the reality for people who’ve started their own companies? Jake Shak is chief executive officer and chief marketing officer at CampusCribz, which is located at WeWork Berkeley. He says that on average, he and his fellow leaders will work 100 hours per week.

“At this stage of our venture, we each have a heavy load to carry,” he says. “It’s a part of what you sign up for. It’s all good, especially if you like what you’re doing.”

Another WeWork member, Pascal Pelat, is an associate at Patrimoni Group and works out of the WeWork Times Square offices. He reports getting to his job before 9 in the morning and leaving past 9 at night. Though he prefers to work at night, it’s not possible because of responsibilities.

“The vast majority of us are obliged and required to be present a minimum number of hours every day,” he says. “These hours are dictated by other people’s needs.”

As a resident of the Big Apple, Pelat says there is always pressure to work more hours.

“The ideal worker in New York has to show that he is overloaded with work,” Pelat says, “his prize being the mute recognition of heads or sighs of the listeners he is talking to, some genuinely feeling sorry for him or her, and others seeing themselves in him.”

Always on the clock

Unlike Pelat and Shak, many people can’t even clock the number of hours worked anymore because they’re constantly checking their phones, answering emails, and mentally distracted by work-related stressors.

“As an entrepreneur, it’s difficult to differentiate between work and play because you’re always doing work,” says Mark Moses, the founding partner of CEO Coaching International. “If I asked any of my clients how many hours they really work I’m not sure any of them know.”

Moses himself takes off 100 days per year, but works even while he’s on his vacation.

“Am I still having vacation and fun with my family and friends?” he asks. “Yes. But do I ever unplug entirely? I don’t. I don’t like to, because I don’t want to get home and have 2,000 emails in my inbox. To me, that’s more devastating.”

The truth is that working longer hours does nothing for you if you start to become less productive. According to a study by John Pencavel of Stanford University, employee output declines after they hit a 50-hour week benchmark.

“Human beings are not meant to operate like computers, at high speeds, continuously, for long periods of time,” says Dana Asher, senior vice president of organizational transformation at The Energy Project, which has an outpost at one of WeWork’s spaces in Amsterdam. “Balancing intense effort with real renewal is empirically linked to higher performance and healthier outcomes.”

Renewal can come in the form of a break, and include a walk around the block, lunch away from the desk, or simply looking around the office for a few minutes to take your eyes off of the computer screen. Many workers advocate thePomodoro Technique, which dictates that you focus on one task for 25 minutes, take a short break, and do this four times in a row. Then, you take a longer break and start the process all over again.

According to Moses, being well rested is also critical. If you’re overworking yourself, you’re going to be grumpy and not perform as well.

Susan Lasky, a productivity coach in New York, says that to be more effective at work, you need to have a clear direction, prioritize your tasks, organize your space, use systems that make work more efficient, assign tasks to the correct workers, and not get caught up in perfection.

Aside from giving yourself breaks throughout your workweek, take vacation time. This means real vacation time where you’re not checking your phone every few minutes.

“I’ve read that the U.S. has some of the longest working hours in the world, but isn’t near the top in productivity,” says Lasky. “The standard vacation here is two weeks, and in many other countries it is four weeks or longer. When someone feels they are living a full life, they are more likely to be happier and more productive. Basically, less is often more.”

This article was originally published here by WeWork.

More from WeWork Magazine
WeWork Magazine is the publication of WeWork, the community for creators. WeWork transforms buildings into beautiful, collaborative workspaces and provide infrastructure, services, events and technology for entrepreneurs, startups, and freelancers, so they can focus on doing what they love.

Why This Decades Old Business Book Is Still Relevant

How to Take Productive Breaks