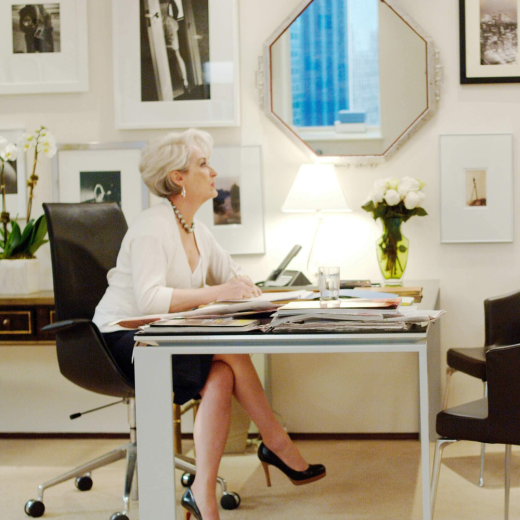 This May Explain Your Boss’s Harsh Behavior

It actually has nothing to do with your performance

If your boss seems tired, cranky or distracted, there’s a strong possibility that family issues rather than financial concerns could be to blame.

A study published in Personnel Psychology found that when supervisors have a high level of what researchers call “family-to-work conflict,” the negative effects tend to spill over into the workplace. If your boss is fighting with their spouse or has other troubles at home, look out — you could be collateral damage in his or her domestic battle.

Bosses with troubled home lives bring a bad attitude into the workplace that rubs off onto their underlings, the study found, and a boss dealing with family issues won’t be as good about offering guidance and leadership support.

“Someone coping with high demands at home is likely to have fewer emotional and mental resources available for dealing with stress at work,” says the Association for Psychological Science in an article about the study.

Since it’s probably unwise to suggest to your boss that they look into family counseling, here’s what career experts say you should do to try to mitigate the fallout of a supervisor’s turbulent home life.

Steer clear. “Give the leader a little extra space when you can tell that he or she is stressed out and ready to lash out at the first opportunity,” says Monique Honaman, CEO and partner at ISHR Group. Just staying out of the line of fire can keep your boss from transferring their bad mood onto you, so reschedule a call or a meeting if you sense storm clouds gathering. “Your boss may appreciate the opportunity to find some space in his or her schedule without having to be the one who canceled,” Honaman says.

Cut them some slack. This depends on what kind of boss they are and what kind of relationship you have with them, says Ben Peterson, co-founder and CEO of software company BambooHR, but it’s probably not worth alienating an otherwise good supervisor who’s just going through a rough patch.

Don’t go above their head. At the very least, this should be your last resort rather than your first, says executive coach Roy Cohen. “Sometimes companies will tolerate bad behavior . . . when a manager is well-liked, is a big revenue producer, or has a protector at a senior level in the company,” he says. Set out to rock the boat and you could find yourself cast as the problem. “When you draw attention to the issue, you risk the potential for you, your boss, or you both to be seen as problems,” Cohen warns.

Talk to your co-workers. On the other hand, if everyone is in the same boat, you might wield a bit more clout collectively, Cohen says. “When everyone complains the company has no choice but to pay attention,” he says. If you’re going to complain, go to HR or the boss’s boss as a group.

Ask what you can do. “I’ve found that asking sincere questions the right way often helps,” Peterson says. You obviously don’t want to pry into your boss’s personal life, but making your questions specific and work-related can help smooth over a rough patch. Peterson suggests asking, “How can I help make work less stressful for you?” It’s even better if you can suggest a specific task or two that you might be able to take off your boss’s plate.

Concentrate on your own work. Rather than focusing on how to make your boss drop the bad attitude, instead think about what you can do to ease the friction, says Dayna Fellows, president of WorkLife Performance, Inc. “Be one less irritant, one less distraction,” she says. Taking a proactive approach could even bring out leadership skills you never knew you had, Fellows points out.

This article was written by Martha C. White and originally published on TIME.com.

More from TIME Magazine
The 91-year old publication covers topics from health to politics to culture.

8 Tips on Dealing with a Difficult Boss

How to Have Difficult Conversations at Work

How to Rid Your Mind of Clutter