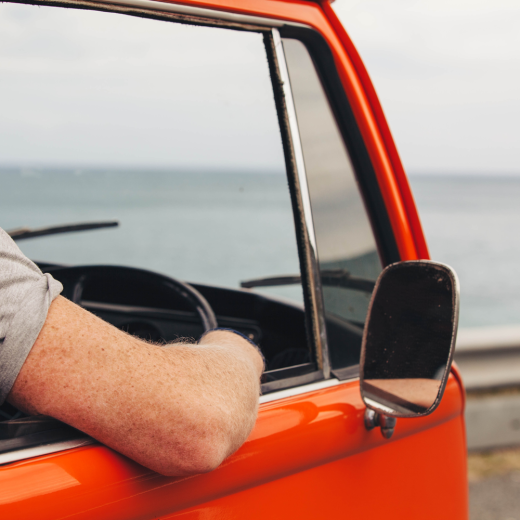 The power of good enough

I arrived in Brooklyn on a rainy morning. All I had was the promise of six weeks at the Summer Publishing Institute at NYU and the keys to my friend’s apartment. As the cabbie drove away from Jefferson St. in Brooklyn, I had absolutely no idea what the next few months would mean for me. And I liked that feeling.

Fast forward past how the humidity affected my hair, ten hour days spent inside NYU classrooms, and my discovery of Pizza Pub’s shot + slice special, to the end of the summer: After six weeks of pure academia. I was flat broke. And my only lead in the job department was an $8 an hr. internship with an e-book publisher in SoHo. How anyone in NYC can survive with that type of wage shocks me. I had no choice but to head home to San Diego. I brought up New York any chance I got and it was getting old. Finally my Mom sat me down and said, “If you want to be in New York, grow some balls and get back out there.” So a month after I got to San Diego, I left.

Even with my new insight into the publishing industry, my strong revised resume and polished interview skills, there was still one thing I lacked: patience.

And then, over the past year I learned that the best remedy for being overwhelmed and impatient is to take a step back from the situation and give myself a little credit. Now I impart this self-love tactic on all struggling NYC transplants. It takes guts to move into this city and make it work because quite frankly, New York can be indifferent to the vision you have for yourself. Here are a few ways I’ve learned to take this in stride:

1. THE POWER OF GOOD ENOUGH

First, you have to understand that occasionally failing at living up to your own expectations doesn’t make you a failure. In an article published by the Atlantic, Olga Khazan unpacks this phenomenon, “If you ever aren’t sure if you attended the very best party or bought the very best computer, just settle for ‘good enough.’ People who do this are called ‘satisficers,’ and they’re consistently happier… than are ‘maximizers,’ people who feel that they must choose the very best possible option.” When I find myself wanting more I ask a critical question: When will it ever be enough? I’m not OK with NEVER being the answer. There has to be a limit to the unnecessary stress caused by comparing myself to other people and wanting, always wanting. I’m learning to revel in the fact that everything I have, I’ve worked for. That feeling will always win against the wanting.

Stop running from what you’re afraid of. My problems moved with me from city to city. I found it easier to run than stop and reflect on why I was running. While new cities come with new opportunities, you are still you. Don’t think that moving will change everything in the way you’d like. I didn’t move here and land the perfect job in publishing with the apartment to match. Instead, I lived in a closet meant for storage on the top of a 4th floor walk-up with an internship that paid $8 an hour. But it was temporary, never lose sight of that.

Buy that badass pants suit that says you are a strong, independent woman looking to attract other strong, independent professionals. Take an uberx home from happy hour and pretend it’s the Lincoln Towncar CEOs take home. For a while I had two pairs of pants that I wore in rotation. Then I realized I was a grown ass woman and I was making enough money to buy a new pair of pants. It’s OK to treat yo self to essentials and even more OK to indulge in a luxury purchase now and then. I mean look at how happy Tom Haverford is (above) and how fly he looks in red stripes.

After recognizing my impatience, seeing my therapist and my tarot reader (who pulled a PATIENCE card during one of our sessions), I finally realized how rushing things was having an impact on my mental health. I wrote this article as a reminder to become better friends with change and patience. It hasn’t been easy and maybe it won’t get easier. But based on experience, I know what it’s like to choose rushing my path and making premature decisions. Instead, I’m tapping into patience and kindness as I let my path unfold.

4 Ways to Test Drive An Idea

How Yoga Helped Me Find a Fulfilling Career

Freelancer Describes His Journey To Independence