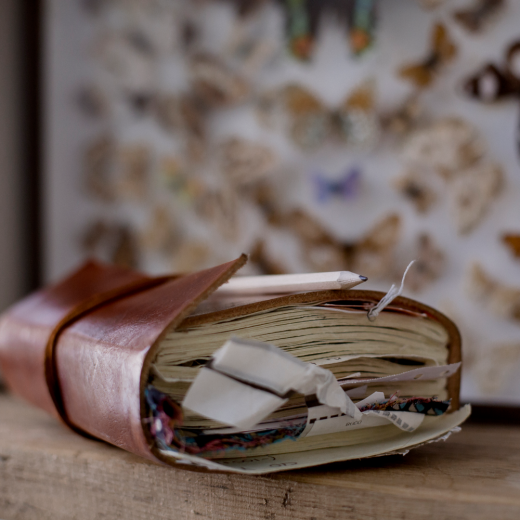 I kept going – and I think that’s what separates successful entrepreneurs. The grit.

Two years ago I was working a run of the mill real estate job in midtown Manhattan. Today I’m running a nonprofit that funds hygiene and sanitation programs in 4 different countries. Pretty crazy, huh?

Some of you might be pondering a major career leap too…but are hesitant and scared about what life will be like on the other side. That’s what communities like LITG are for. Today, I’d like to share some tips I’ve learned while taking the plunge and adding a more entrepreneurial mindset to all aspects of my life.

Another benefit of talking about your plans… getting feedback and helping you refine your ideas and business plan to make them even better.

Ok, so I’m definitely guilty of being an “idea person,” always daydreaming about this new invention or that new website that should be made. But at 23, I had all these ideas in my head and nothing to show for it. The one difference with Sundara is that I told people I was going to do this – I told friends, I told waiters, I told my doorman, I told as many people as I could. Then, all of a sudden, I felt like I had to do it – even on days when I didn’t want to put in the work – because I didn’t want to let these people down. Looking back now, I doubt that most of them cared – or even remembered – but it helped me feel accountable to myself. Try it and see if it works for you.

Here’s the thinking, though: Opportunities aren’t just going to land in your lap. You won’t get anything unless you ask for it. What’s the worst that can happen, someone says no? Ok, so they say no…Trust me, you’ll live. But here’s the good thing: if you ask the right way, most people will be thrilled to help out and honored that you would think to ask them.

I started a soap recycling program in India last year – which seemed borderline impossible even on the best days. Yet, I decided I was going at the task full force. I asked everyone I knew to connect me to people in the hospitality industry in India. I am sure I was super annoying. Most people were utterly useless. Sometimes I thought about just scrapping the whole thing. But guess what? I went to coffee with an old college friend and he mentioned that he was going to India for his friend’s wedding – and his friend just happened to own hotels in Mumbai. Once you get the first hotel (or the first customer, freelance opportunity, informational interview, etc) the rest don’t seem nearly as tough.

Sometimes the best connections are forged in the strangest ways – don’t miss your chance to find yours!

I know this sounds cliche, but if you have an idea and really believe in it with your heart, go with it and don’t stop. There will always be those that doubt you, the pressures of society and your parents’ expectations – but let it go for now.

Accept the fact that you will have bad moments. These mistakes won’t kill you. In fact, they build character and one day (in the not so distant future) you’ll be laughing about it.

I like to say I’m the ‘queen of failure’. My website crashed the first month and it accidentally reimbursed 70 people. I missed a major grant deadline. I had an employee take hundreds of dollars from our company account behind my back and spend it at a nightclub in India-you really can’t make this stuff up! I’ve had weeks where I feel burned out and swear everything went wrong. Some of the people who were closest to me told me I was stupid for doing this and that nothing would come of it.

But I kept going – and I think that’s what separates successful entrepreneurs. The grit.

Keep going. Keep putting one foot in front of the other and trying your best every day. The beginning is always the hardest. However, I know that if you go after your dreams full force, you will be rewarded with something extraordinary along the way.

Without great risk, there would be no great reward. I hope my story inspires others to follow their passions and create that career they’ve always felt was right for them. Your dreams can become reality.

Take the leap – I promise, the fall isn’t as far or as scary as you think!

More from Erin Zaikis
Erin is the founder and CEO of the nonprofit Sundara. Through Sundara she advocates for the importance of hand hygiene in developing nations and is working to establish soap recycling programs. Follow her on Twitter at @erinzaikis and Instagram at @ezaikis.