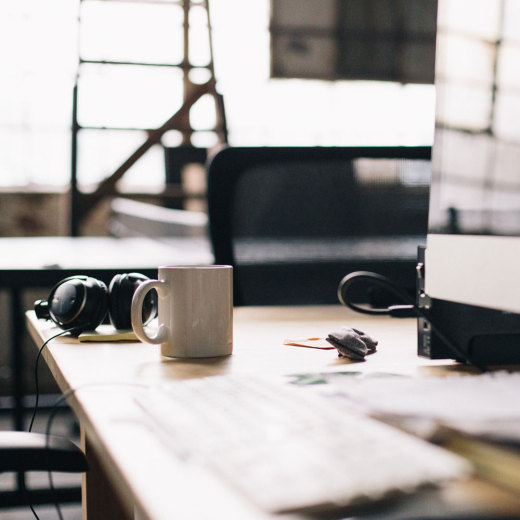 How to Infuse Creativity into a Stale Job

Start enjoying your work more by infusing it with creativity

Ok, I might have lied when I said that there’s one big thing that Millennials all have in common (butt-in-seat resentment).

I think there’s something else, and it’s just now becoming clear to me.

Let’s back it up to a few weeks ago when I was doing a Passion Power Hour with a smart, talented young woman of our generation who was feeling bored and unfulfilled with her job (which is something I hear from almost everyone I coach … but that’s another story).

When I asked her, “What’s your least favorite part of your job right now?” she said something pretty brilliant in reply:

“I feel like I’m doing other people’s work, not my own.”

WHOA, THIS IS HAPPENING ALL THE TIME

I’ve seen her particular frustration so many times before in other people. Typically, though, the way it’s expressed is something like, “I feel like what I’m doing is tedious. Mind-numbing. Boring. Pointless. Devoid of higher purpose.”

The way she said it, though, struck a problem that goes even deeper:

We’re often frustrated and bored because we’re not being allowed to be creative.

HOLD UP, THIS DOESN’T MEAN WHAT YOU THINK IT MEANS

Whenever I use the word “creative,” I see people jump to the socially acceptable definition. AKA, someone who’s artsy, or musically talented, or who’s generally great at making things.

I’m not talking about the Pinterest-y definition of “creative.”

I mean it in the literal sense:

As in, someone who creates something.

Not to get too deep and philosophical, but I think that at least part of what’s cool about being human is our ability to have totally original ideas, make new things, and deeply think.

When we’re sitting at a desk, feeling glued to the chair, churning out reports, typing emails, reading statistics, editing copy, or sitting in on presentations for other people, all without needing to truly think or make it our own … we’re not getting the best of the human experience.

We’re not contributing anything brand new, lending our unique voice to something that matters, or generally feeling like we made an impact. And that lack of “creator’s spark” makes some of us feel awfully empty. (Not to mention, resentment often festers when you’re being forced to work entirely on other people’s creations, not your own).

HOW TO BRING BACK THE CREATOR’S SPARK

You’re going to have to gauge how important creation is to you. While I think we all require it, to some extent, some of you will need it far more than others.

Regardless of whether your attitude is, “AH, I need to be creating meaningful things, all the time,” or more like, “I just want a little more autonomy to make things my own,” part of the deal in bringing back the creator’s spark is going to be getting friendly with discomfort.

Because you might need to have a conversation with your boss, which could feel uncomfortable.

You might realize that your current job is never going to give you what you need in the way of creation. Which could feel uncomfortable.

Or you might even come to the conclusion that you’re meant to solely create your own work (hello, entrepreneurs!) … which might feel just a smidge uncomfortable.

And lest you freak out, or resign yourself to believing that “My situation would never allow for me to become a creator,” remember:

You’ll be amazed by what can happen when you swallow discomfort & have an honest conversation. With yourself, or anyone else.

Have you been missing out on the “creator’s spark?” I’d love to know how this resonates with you, in the comments!

This article is part of our partnership with Clarity on Fire Coaching.  You can reach out to them via Twitter: @clarityonfire.

More from Rachel East
Rachel East is a professionally trained life coach who helps 20- and 30-somethings go from bored & unfulfilled to passionate & inspired in life and work. She's the co-founder of Clarity on Fire Coaching.

8 Tips on Dealing with a Difficult Boss

7 Skills You Won’t Learn in a College Class