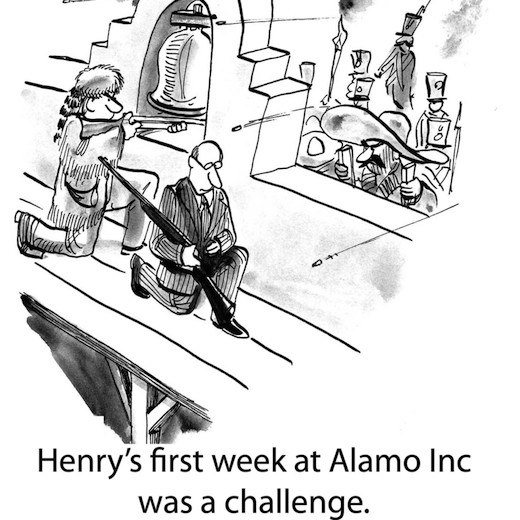 6 ideas to help you stop feeling like a newbie

As exciting as starting a new job can be, it can at times be frustrating to be the new kid on the block. Most of the first days are spent asking a zillion questions. You don’t know where the office supplies are located, how to get to the bathroom or who is who. It’s easy to get a little bit unenthused since in your last job, you were totally comfortable and knew everything. Even though you know it’ll pass and you’ll get to learn everything eventually, it can be a little defeating.

Many companies have onboarding or orientation programs to help new hires get through this uncomfortable period. However, most of them are dull and all of them are short-lived, meaning they only exist during the first week of your arrival. Never fear, Live in the Grey is here!

Try these ideas to make sure you cut down transition time as quickly as possible:

Nothing is more important than your relationships Go out of your way to get to know people. At first you will feel like you don’t fit in, but take a risk and ask someone out to lunch. Do it once a week if you can. It will help you feel like you are part of the team much faster than “just letting it happen naturally.”

Learn the language You know you’ve been in a situation before where you’ve nodded your head at your new boss in perfect understanding of what they’ve asked you to do and then ran to the nearest person to ask them to translate into English what you just heard! Be proactive and find out all the company jargon and acronyms on your first day. Write them down so you can refer back to them until they become second nature. (And pay it forward - type up what you learn and give it to the HR manager to help onboard future employees. Why not score some brownie points in your first week?)

Get feedback Don’t be shy with your new team. Ask for feedback those first few days so that you learn what their expectations are. It will set you up for great working relationships.

Who’s got the power? Observe who is most influential in the office - it is often people that have less formal power but still have a huge impact on the way the office runs (for example, the IT department).

Know your history Learn about the history of your department specifically, in addition to the history of the company. Knowing the backstory will give you a better understanding of why things are done the way they are done.

Drink the Kool-Aid Because you’ve accepted the job, it’s safe to say that you believe in what the company does. Go all in and internalize what the organization’s goals are and make them your own. It’ll show in the work that you do.

Let us know how it goes!

Why You Should Consider a Lateral Career Move

A Gap Year Can Refocus Your Life

The Most Important Question for Someone Who Wants to be Successful: How Do You Evolve?