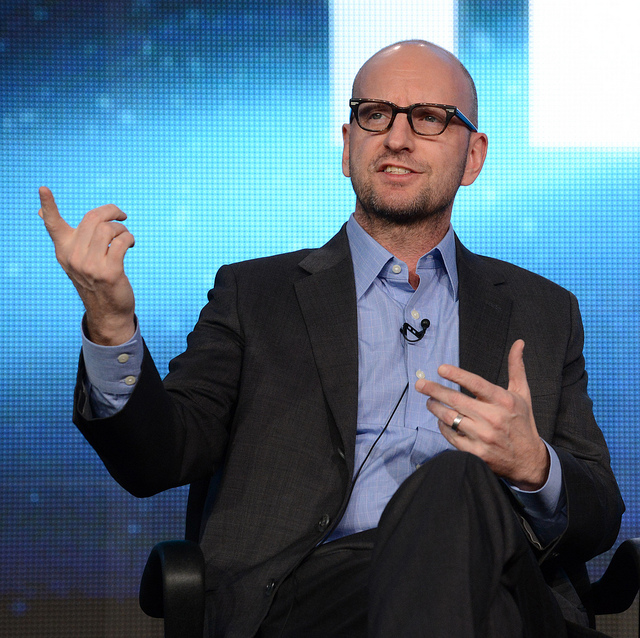 One of the core tenets in our philosophy is the idea of folding your professional work together with your personal world. We are not one dimensional characters in a novel. No one embodies these concepts quite like Academy Award-winning film director Steven Soderbergh.

Describing Soderbergh as solely a film director is actually an injustice. If you’ve read any article about him in the last several years, you’d know Soderbergh is a published author, screenwriter, producer, and often ends up shooting and editing his own films (which is rare in Hollywood). Beyond that, New York Magazine just released an in-depth interview with Soderbergh on why he’s decided to quit making films and focus on his next creative chapter - which includes making a 3D live-action rock musical, painting, playwriting, and becoming the U.S. distributor of the national liquor of Bolivia, among other things.

Soderbergh cites motivation as the main factor that had led him away from filmmaking. When it comes to solving his motivation problem, he says: If I’m going to solve this issue, it means annihilating everything that came before and starting from scratch. That means I have to go away, and I don’t know how long it’s going to take. And I also know you can’t force it. I love and respect filmmaking too much to continue to do it while feeling I’m running in place. That’s not a good feeling. And if it turns out I don’t make another one, I’m really happy with this last group of movies. I don’t want to be one of those people about whom people say, ‘Wow, he kind of fell off there at the end.’ That would be depressing.

Later, he reminds us of the importance of integrity when it comes to your life and work: On the few occasions where I’ve talked to film students, one of the things I stress, in addition to learning your craft, is how you behave as a person. For the most part, our lives are about telling stories. So I ask them, ‘What are the stories you want people to tell about you?‘

Definitely read the full interview for other inspiring thoughts on art, film, television, and even Soderbergh’s take on the most efficient way to run a business.