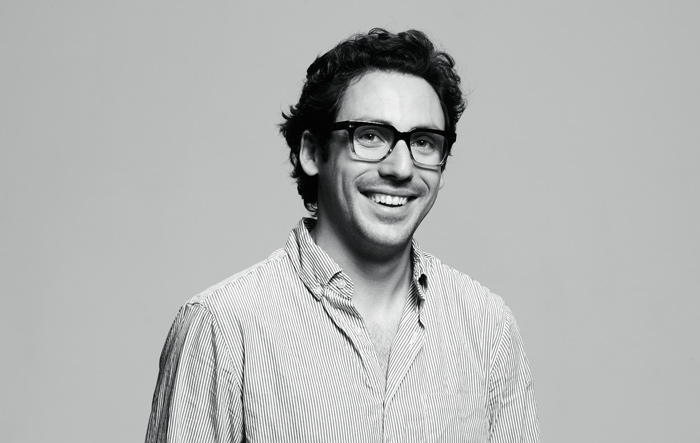 We recently caught up with Neil Blumenthal, one of four co-founders of Warby Parker, an eyewear brand that offers boutique quality prescription eyewear for under $100. Warby Parker is also a certified B Corporation that provides a pair of glasses to someone in need for every pair they sell.

LITG: Do you have a boundary between work and life? If so, how do you define it?

Neil: Creating an artificial distinction between “work” and “life” has never done the trick for me. It’s a boundary that I associate more with 1950s sitcoms than with today’s work environment. Because we spend most of our lives working, it’s so important that your work be your life’s passion. When that’s the case, there’s no need to institute a separation. After 2 1/2 years of Warby Parker, I’m still thrilled to get up in the morning and head to the office.

Who is a mentor of yours and why?

Doctor Jordan Kassalow of VisionSpring. Jordan is one of those guys who’s scored the trifecta: he’s a practicing doctor, he runs a non-profit, and he used to be a fellow at the Council of Foreign Relations, working on policy. When I was a recent college grad, Jordan took a gamble on me and sent me down to El Salvador to test his idea of training low-income women to start their own businesses. He was pretty brave to trust me with so much responsibility, and it really motivated me to exceed his expectations.

What was your breaking point?

Depends if “breaking point” is a good thing or a bad thing. If “bad”, then… I don’t know yet! If “good”, then it was the day we launched the Warby Parker website. The company was featured in the March 2010 issue of GQ, which wound up being released much earlier than we’d originally thought. As soon as we launched we were in crisis mode– inundated with orders, calls and emails. It was incredible to see that our idea resonated with so many people, but it was also scary as hell. Here was a huge opportunity, and we didn’t want to waste it simply because we didn’t have enough glasses in stock.

What’s the first thing you read in the morning?

My wife’s face, to determine whether it’s going to be a good day or a bad day. The second thing I read is my iPhone—I toggle between email and Twitter.

What are your top three guilty pleasures or worst habits?

Watching the Twilight movies (guilty pleasure), checking who “liked” my photos on Instagram (terrible habit) and watching The Real Housewives of New Jersey (both).

Where do you do your best work?

In second-rate hotels while jet-lagged and traveling—because there are no distractions.

What are three things you make sure you do everyday?

Smile, thank someone, and eat a square meal.

Do you have a motto?

The exact phrase changes day by day, but it’s always a lyrical excerpt from the Hall & Oates classic, “Maneater”.

What are you currently trying to change about yourself?

I’m trying to become the fastest email respondent in the East. Faster than mailer-daemon.

Do you work differently than you did one year ago?

Yes—my communication style has changed. I’m more direct, more concise. An unfortunate side effect of this method is that my grammar has worsened.

How do you ensure your intentions become actions?

While brushing my teeth every night I rewind and think about all the stuff I didn’t do during the day. If there are any huge, looming tasks, I try to accomplish them before I go to bed. Then I take the rest of the “To-Do”s and make a list that I swear to myself I’ll tackle first thing in the morning.

How do you live in the grey?

I have a pretty warped sense of time—specifically with regard to how long it takes to do certain things. I want to do it all—build a big business, have a positive impact, lead a rich social life, spend time with family and friends…When I leave my apartment at 8:25 AM, I truly believe I’m going to make it to my management meeting at 8:30. Either I have a healthy dose of optimism or a pervasively deluded view of the world. Whichever it is, I still believe and act as though I can do it all. It leads to a lot of running, I derive energy from a frenetic pace. I tend to surround myself with people who share a certain optimistic vision of the world—people more apt to ask why than why not.