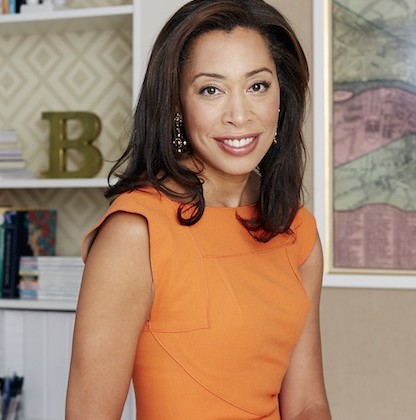 When you are reading this awesome grey story, see if you can spot these takeaways from Keija’s journey:

Risk makes life remarkable. Nurture your obsessions + name your aspirations.  It’s okay to start small, but aim for bigger. Find the balance between passion and patience. Be open.

Imagine for a moment that you are 27, a successful corporate lawyer in New York, four years into your practice, with a home, a mortgage and a comfortable six-figure salary. You then toss all of that aside to become an intern at a startup travel magazine few people had heard of, barely making subway money — simply because, more than the home, the six-figure salary and the effort that went into your law degree, you want to enjoy your work.

This is the story of Keija Minor. After recognizing that she wasn’t happy in her career as a lawyer, she made some serious changes and is now very happy as editor in chief of Brides magazine.

She looked at other things she could do with a law degree — starting by filling out questionnaires about her career passions, picking up a book at Barnes & Noble titled What Can You Do With a Law Degree?, and going on to interview for jobs in corporate PR and business development. “A friend finally said to me, ‘You’re not going to be living the glorious life on half salary, so go for broke,” Minor recounts. “It was very clear to me what I wanted to do, and that was publishing.”

“The same week I left the firm, I saw the new Marc Jacobs handbag, the Stella bag, in Barneys. I called my best friend and said, ‘Remind me why I’m doing this?’ ‘Because you want to be happy,’ she said.

Keija saved 12 months’ worth of mortgage payments in about a year, with the idea that “she might be penniless in her next job, but she wouldn’t be homeless.” Then she “flooded” the publishing industry with her resume. “The only [publication] that would hire me was my startup travel magazine [Travel Savvy], and only because I harassed them,” she says. The now-digital-only magazine had seven employees. She took an internship in the lifestyle section — and an 85% pay cut. She loved it.

And within a year, Keija became lifestyle editor at Travel Savvy. Quickly followed by becoming editor in chief. She had officially launched her publishing career! Shortly after she moved to different publications throughout the country, moving up the ladder and making a name for herself. In 2011 she was approached by Conde Nast to be executive editor at Brides.

Keija says, “With every job, I look for the best, most interesting opportunity. I haven’t gotten hung up on titles. If I hadn’t become an intern at 27, I wouldn’t have gotten the opportunities I did.”

When asked if she would encourage others to make the same career decisions and pivots she did, Keija says:

“I do, if they’re really passionate about it. Don’t make the decision lightly, unless you’re 22. Then you should try a bunch of things until you find what you love. I tell people my transition really took two years in the making — a year of really exploring other options, and another year of taking classes and saving money. I would definitely do it again.”

Join us for our Risk Makes Life Remarkable 10-day Challenge! We begin on Monday, January 20th so sign up now for info!

What It Takes to Live the Life You Want

Advice on Failure, The Truth About Bad Shit + More